Today I’m happy to share with you one of my latest projects, the Brumby Skirt from Megan Nielsen Patterns! 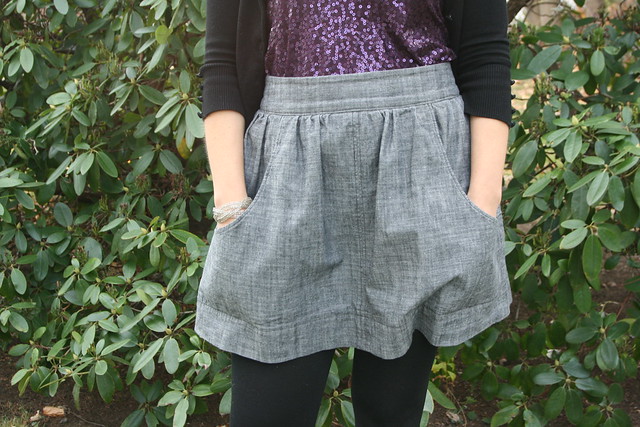 I really went back and forth on this one before starting and did lots of “research” checking out others’ versions of it around the web.  I’m still not super sure if I like the high-waisted skirt look on me, but I thought I would give it one more try before deciding for certain, especially since I won this pattern in the Refashioners contest and had the perfect fabric for it–some linen from Pintuck & Purl! 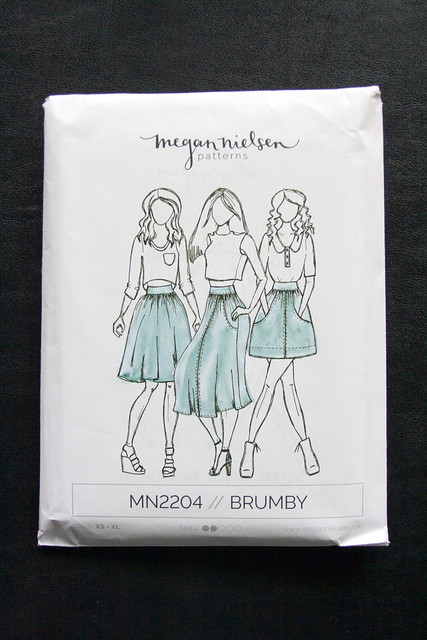 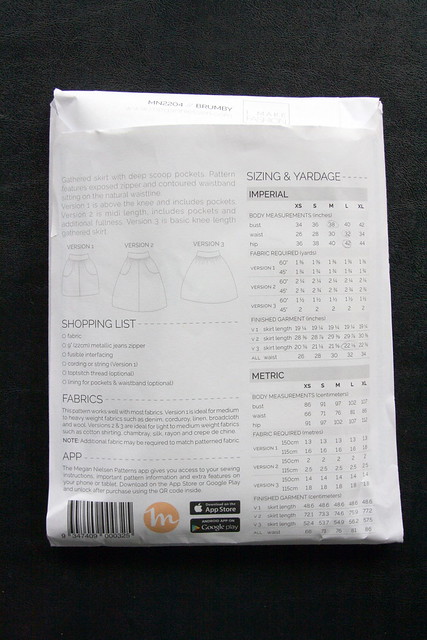 I made Version 1, the shortest version, in a large.  My original thought was to make it longer.  If I’m wearing a closer-fitting skirt, like a pencil skirt, I feel ok with this length because I can feel the skirt on the back of my legs and I know I’m not exposing myself.  In a fuller skirt, though, you can’t always feel the back of the skirt, which worries me at times…

So, I planned to make it closer to knee-length.  I had, however, read Lauren/Lladybird’s post on her Brumby skirt and remembered that she said she had been underwhelmed before hemming, but loved the skirt when it was the specified length.  Well, my experience was exactly the same. 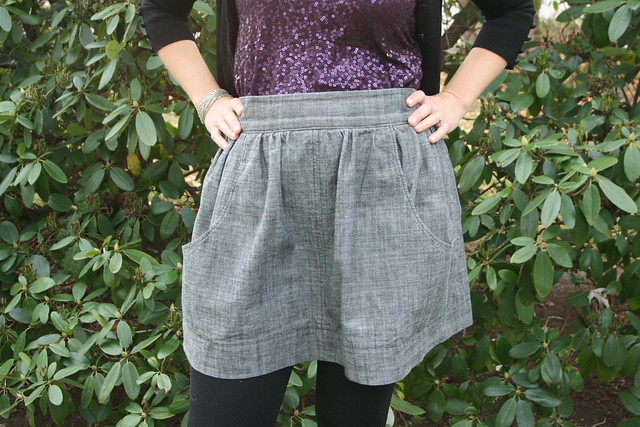 I made it up but didn’t hem it, and it was very blah.  So, I decided to pin it up to the length in the pattern…and that’s when it happened.  I don’t know how she did it, but Megan Nielsen put some magic in this pattern.  When you hem it, it transforms!  I love it! 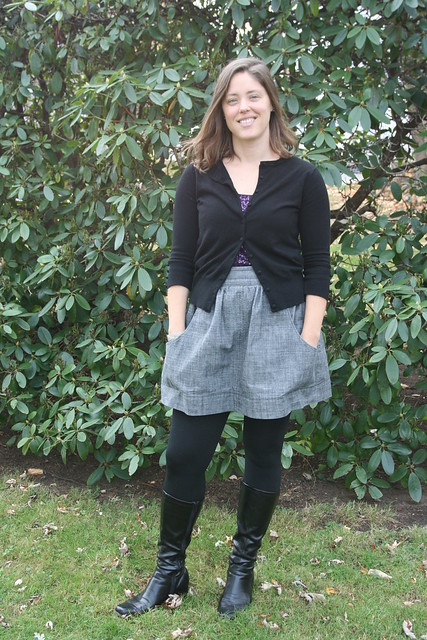 So, here are some details and design decisions I made.  Initially I was going to put in this gorgeous silver zipper that I bought at Pintuck & Purl, but I would have had to shorten it…and it was a metal zipper.  I know it’s possible, but not having ever tried this, I didn’t think I wanted to try it for the first time on a very fancy zipper.  I also thought about topstitching in silver (I was really getting wooed by that silver thread!), but in the end, I decided on black thread and a metal zipper with black tape (that I wouldn’t have to shorten).  I realized this would make the skirt more every-day in a good way (i.e. it will get worn more).  I’ll save my fancy zipper for a future project. 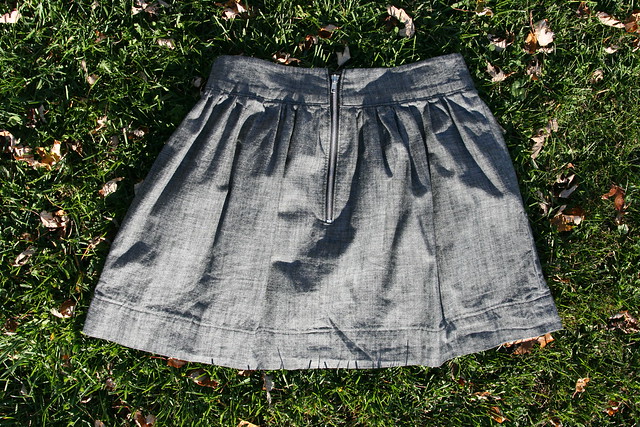 Back view with exposed zipper 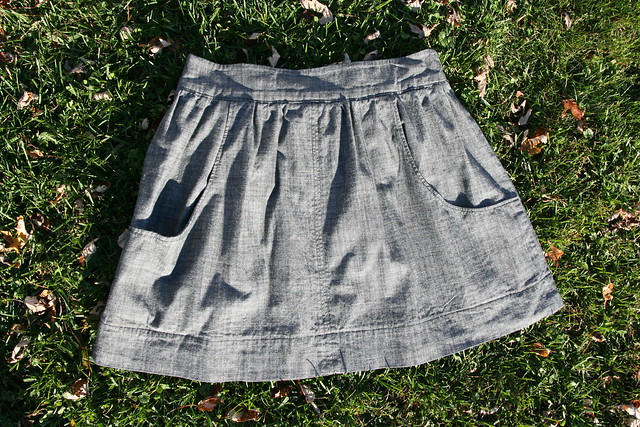 Front view–it’s hard to see the topstitching, but it’s there!

Things I wondered about before starting this project had to do with ease around the waist and the depth of the pockets.  Having only made the one high-waisted skirt (the apple skirt), I wasn’t sure how things would work out if the finished measurement was the same as my actual waist measurement.  I wondered this with the apple skirt, too, so I actually added a few inches to the waistband to be safe.  With this pattern, I decided to risk it and just made it as it was printed, and it worked out great!  It’s very comfortable and not too tight at all. 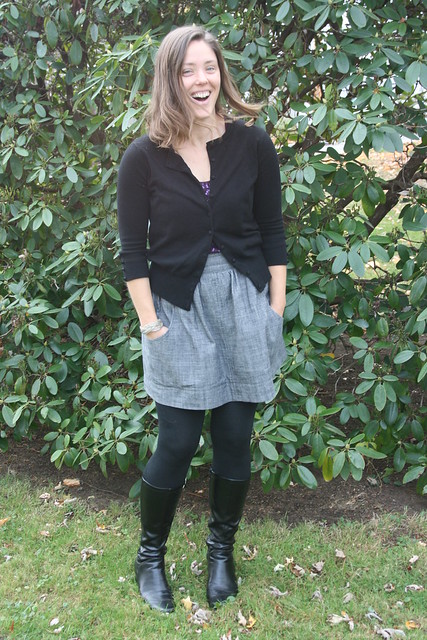 I noticed in my travels around the web that the pockets looked deep enough that they weren’t actually supporting anyone’s hands–which is the case.  It’s like your hands are straight down at your sides…but I still love those huge pockets.  I can keep things in them and you can’t even tell! 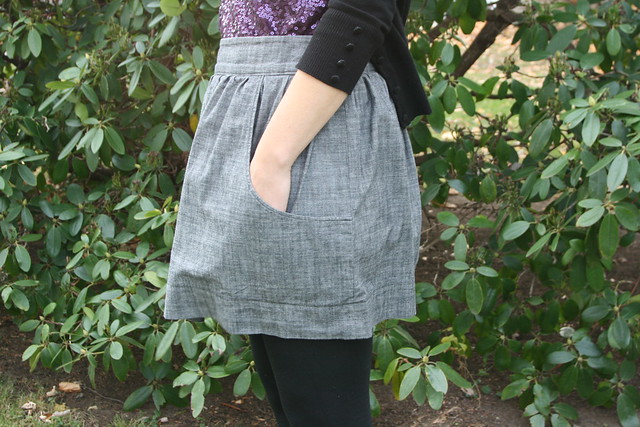 I did end up doing just a little topstitching at the edges of the pockets (which was an optional suggestion) so that they wouldn’t stand out as much, and that has been great.  I also managed to catch the bottom edge of the pockets in my hem on the inside, which tacks them down nicely. 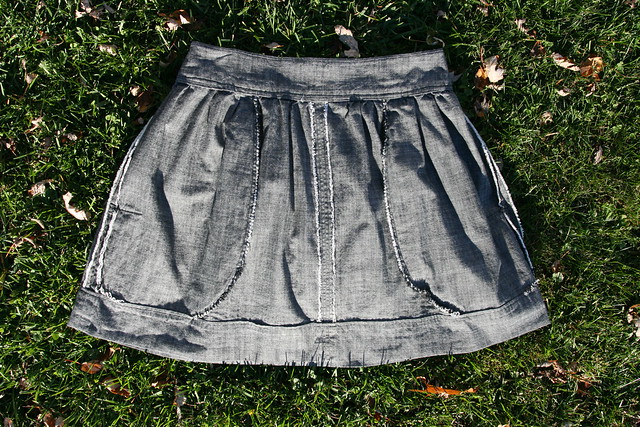 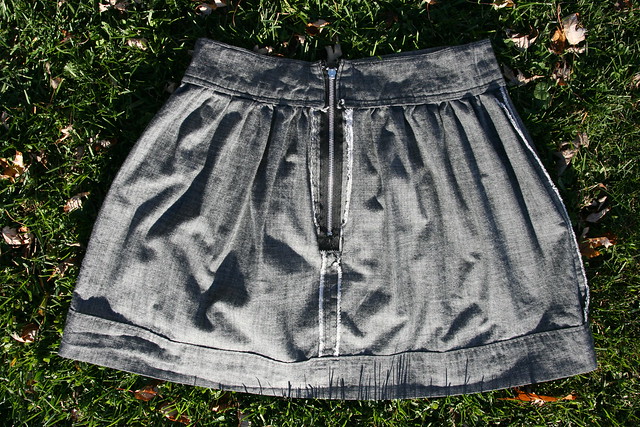 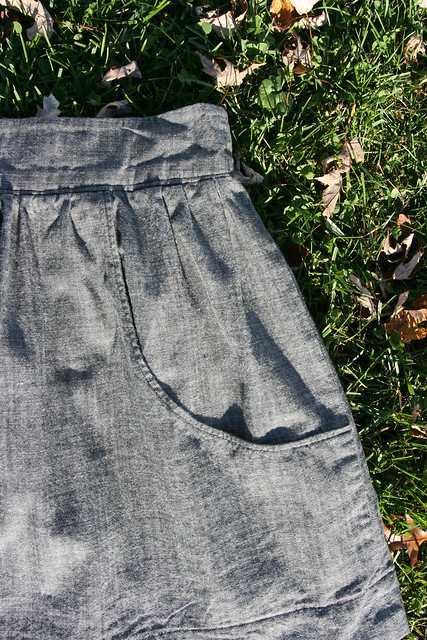 As far as seam finishing goes, I just zigzagged in the seam allowance and then trimmed the seam with pinking shears.  This does lead to some strings and fraying after washing, but I think that will stop soon.  This fabric is a nice, substantial bottom weight, and French seams didn’t sound like fun on this one.

This was a fun and easy pattern.  I am sort of curious about how it would look in wool–I have a few pieces that were given to me.  With these cozy fleece-lined tights, I wore this skirt four out of seven days.  Yes–I totally do that, especially if I’m not going to see the same people every day, but don’t worry–there were some laundry days in there.  😉  I think this will be a great early fall, late spring, and summer skirt.  The more I see of Megan Nielsen’s company, the more impressed I am. 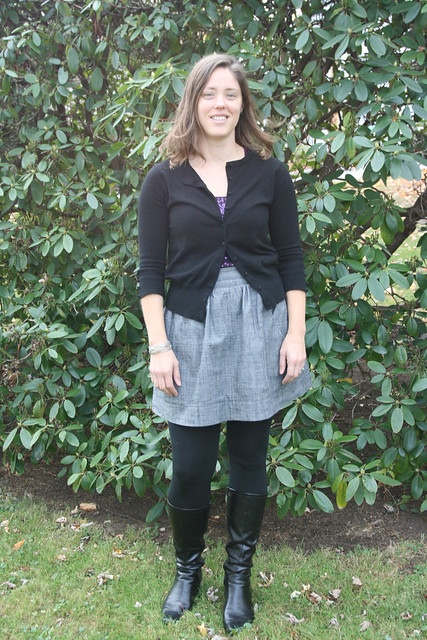 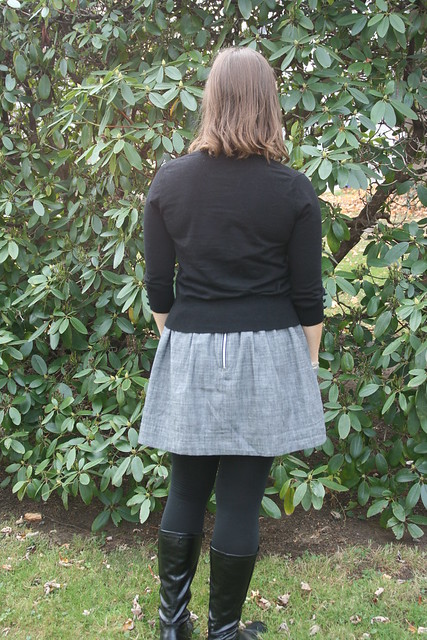 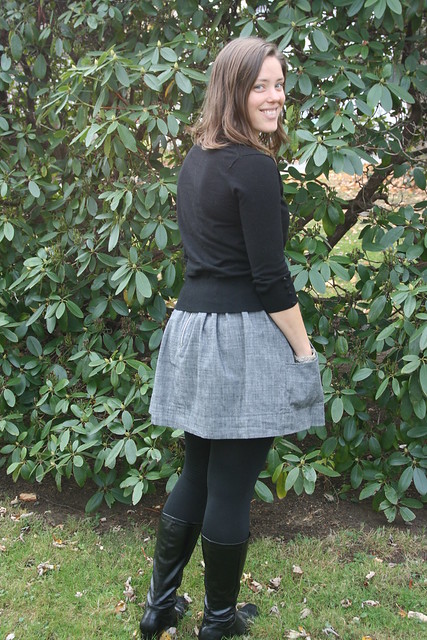 Before I go, I want to let you know that I updated my last post with a few more pictures of the inside of the shirt I made.  Go on over and check it out if you want to see more.  🙂