I don’t make much menswear (yet), but when I saw the exciting announcement that Thread Theory was opening an online supply shop for menswear and general sewing materials (which is now live), I got to thinking about children’s books with sewing in them.  Morgan (the owner) said that she was stocking one such book, and I suggested one of my own favorites:  Joseph Had a Little Overcoat by Simms Taback. 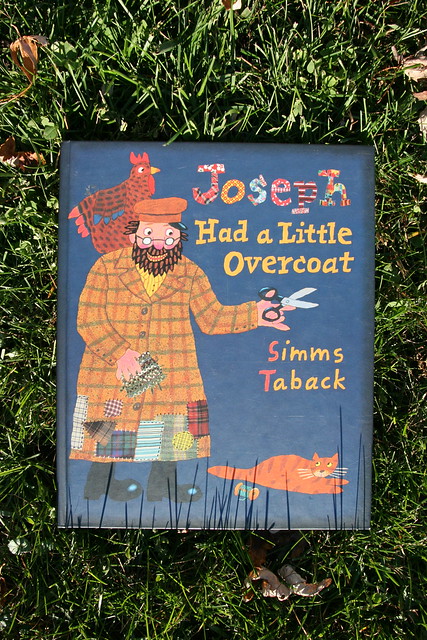 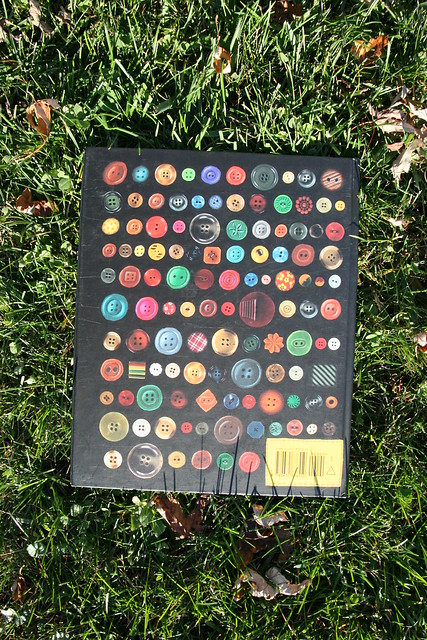 In our house, we have a lot of children’s books…but they don’t all belong to my children.  Most of them do, but a few are mine and can only be used with permission.  These are books with illustrations and/or stories that I love for various reasons.  When I discovered this book, I was entranced by the super cool cutouts that led from one page to another (and also appear on the dust jacket, which I didn’t photograph).  I didn’t really sew at the time that I got it, but I made a lot of things, and I love clever and surprising art. 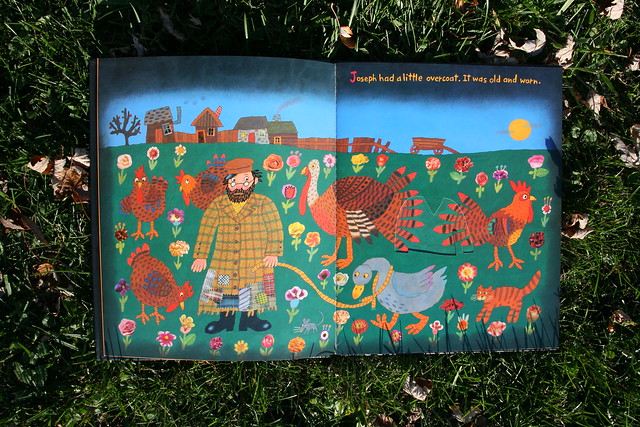 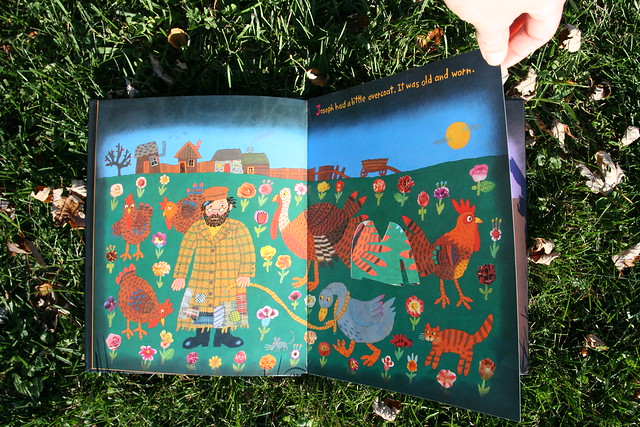 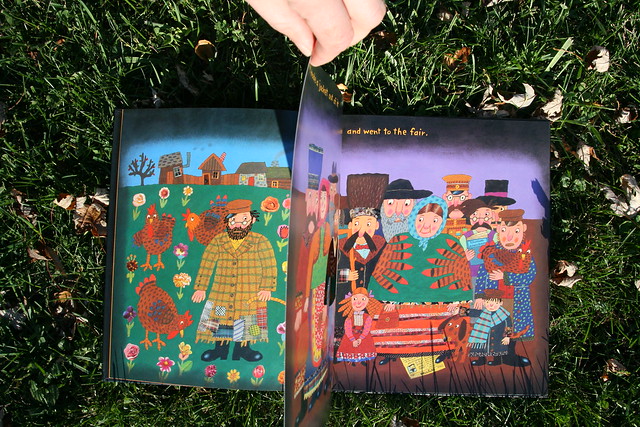 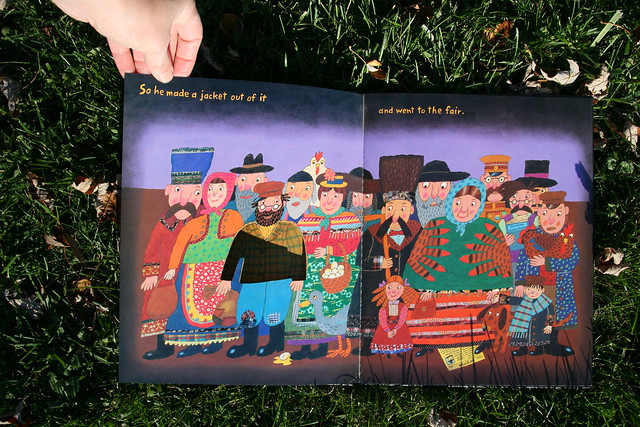 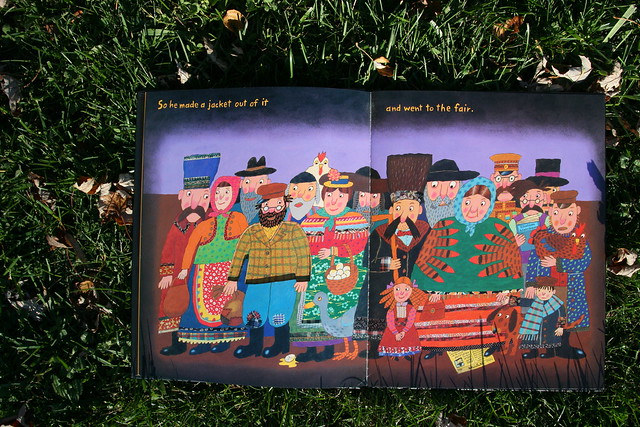 As I thought through my books, I realized something that is BEYOND OBVIOUS to me now that I have noticed it.  This is the PERFECT book for anyone who sews and anyone who refashions or makes do (or wants to secretly indoctrinate their children in the ways of sewing and making do–you know who you are!).

The story in this book starts out with a man with an overcoat.  It gets old.  It gets worn out.  Rather than tossing it or donating it and buying a new coat, he cuts off the bottom and makes it into a jacket.  When this begins to wear, he makes it into something else.  He goes on and on reusing and changing up the garment, until… 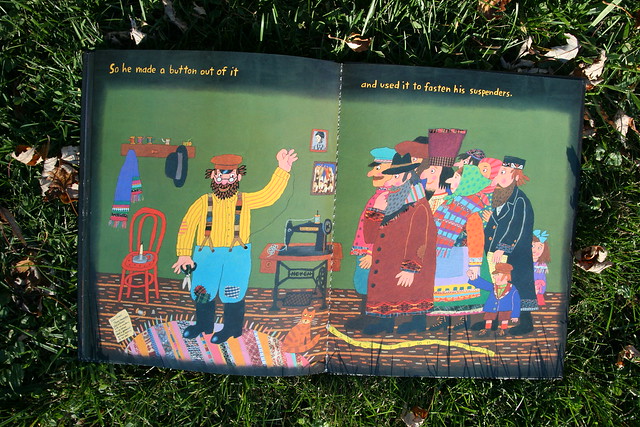 SPOILER ALERT–don’t read on unless you are ok with knowing how this book ends!!!

He loses the last little bit of it.  What will he do now?

Write a book about it! 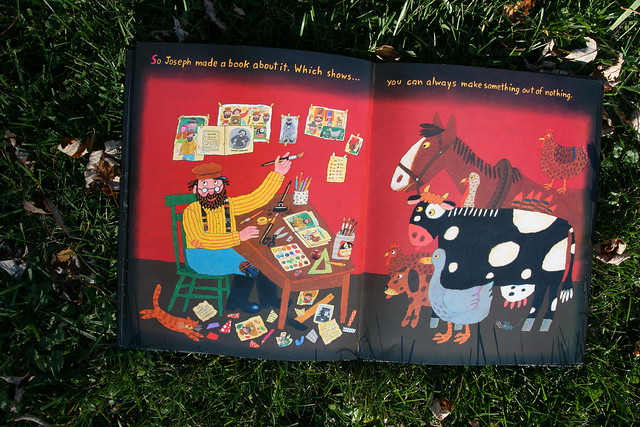 This is such a creative, inventive story, both on the level of the character in the story and on that of the author and illustrator himself.  The copy I have is a second take on his original version (which I haven’t seen), and it’s just brilliant.  I don’t know the author.  I don’t get a kickback from telling you about this.  I just think this is the best book for those who love handmade, and I think the kids in your life will love it as well.  There is even a song about the story printed in the back for extra fun.  Check it out from your library and see what you think!