It may be a little late in the year to talk about 2017 Make Nine plans, since most people do that in January, but I never ended up posting about my goals for this challenge, and I’ve actually been working toward them this year, so I thought it would be fun to give an update on my progress so far.

If you haven’t heard of this idea, it’s a challenge that was started last year by Rochelle New of the blog Lucky Lucille (and owner of Home Row Fiber Co.).  You can read all about her goals for this year and ideas behind the challenge here.  It’s a fun way to challenge yourself as a sewist/sewer/seamstress/whatever by picking nine things you’d like to sew for the year.

Last year, I jumped on board, and then promptly forgot about my plans.  In the end (when I remembered), I looked back and found that I actually had made most of my 2016 Make Nine goals, but not really on purpose.  This year, I decided I would actually remember my plans and actively work to complete them.  So here we are.  I took a picture of all my patterns.  Check ’em out with notes on their current state: 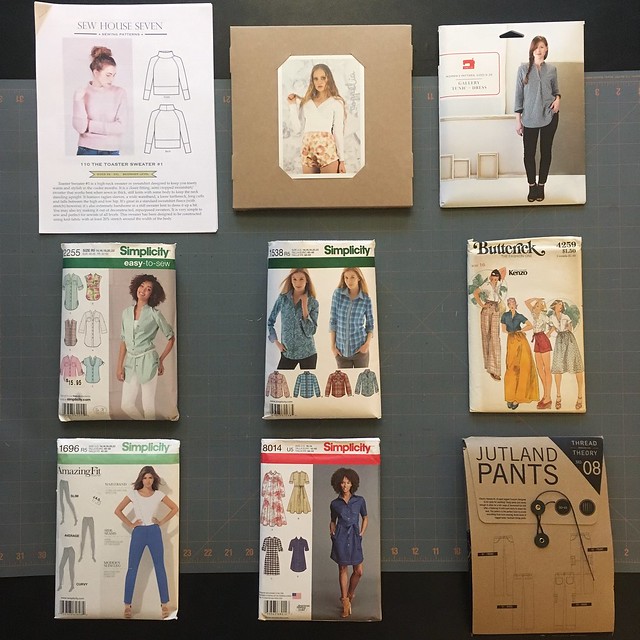 I printed out a picture of my patterns so I could make notes on it and actually remember my ideas.  I’m fitting other projects in here and there, but I’ve already begun working on these.  I have each pattern traced and adjusted with the exception of a long sleeve I need to trace for Simplicity 2255.  I think I’d like to borrow the sleeve from Simplicity 1538 and see if I can meld it with the one already in Simplicity 2255.

Each of my cooler weather patterns has also been cut out (or, in the case of the Gallery Tunic and the pants on the bottom left, cut out in muslin form).  That means that the top and bottom rows are at least ready for me to sew in one form or another.  The middle row will wait until spring sewing, most likely.  Here’s where I’m at with the ones that have been cut out:

Toaster Sweater:  DONE!  (It feels good to type that.)

I made two versions in fleece, which are already blogged here. 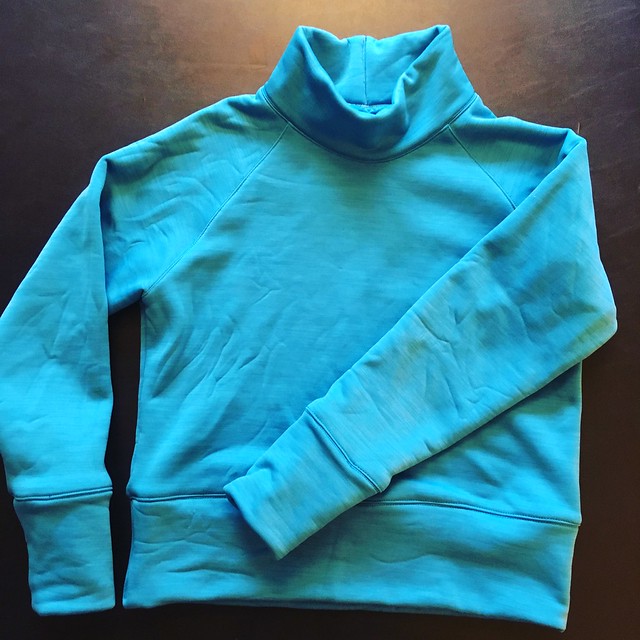 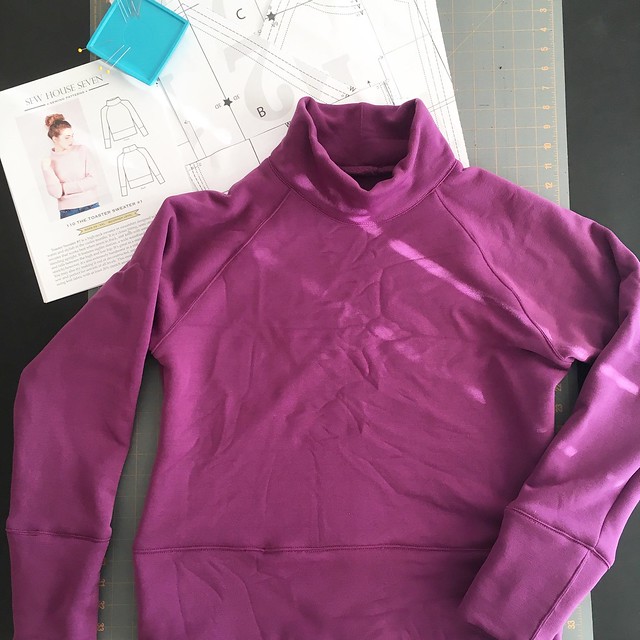 I have worn these sweatshirts a ton.  They’re very cozy.

I’ve made both a long and short version of the Coppelia Cardi, which is yet to be blogged (because I need more pictures of the short version). 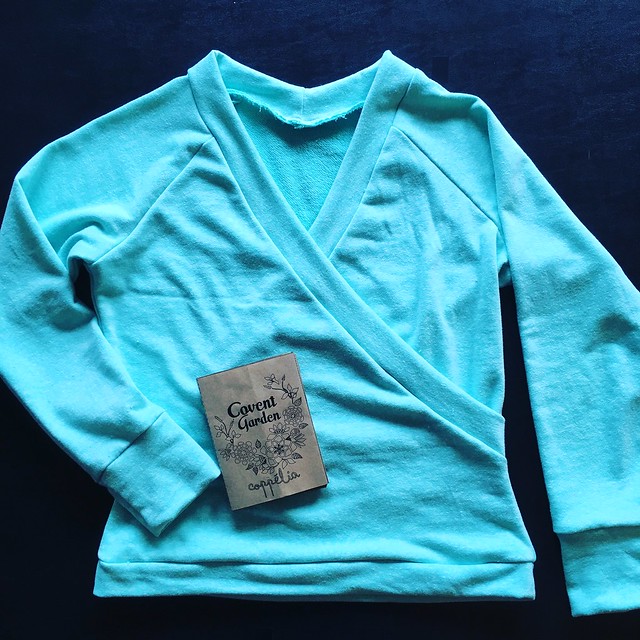 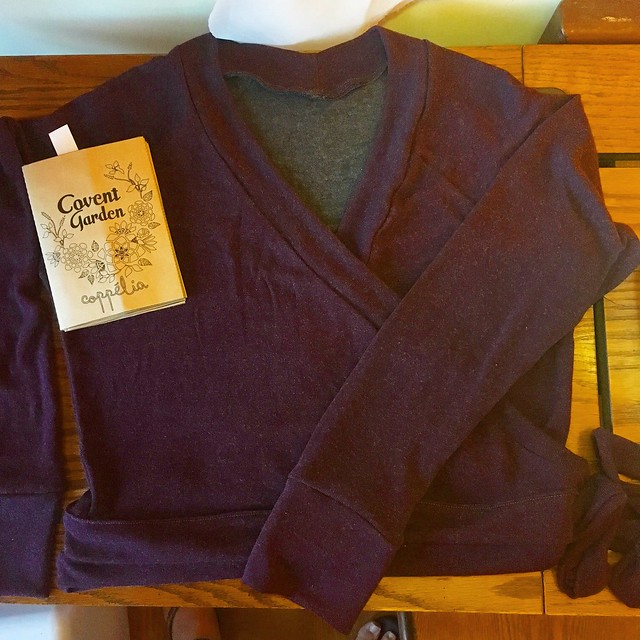 Gallery Tunic:  muslined.  This one is not for me, and the recipient is at a distance, so a muslin was definitely called for.  Despite this aberration, I do not sew for other people.  This just slipped out of my machine somehow.  😉 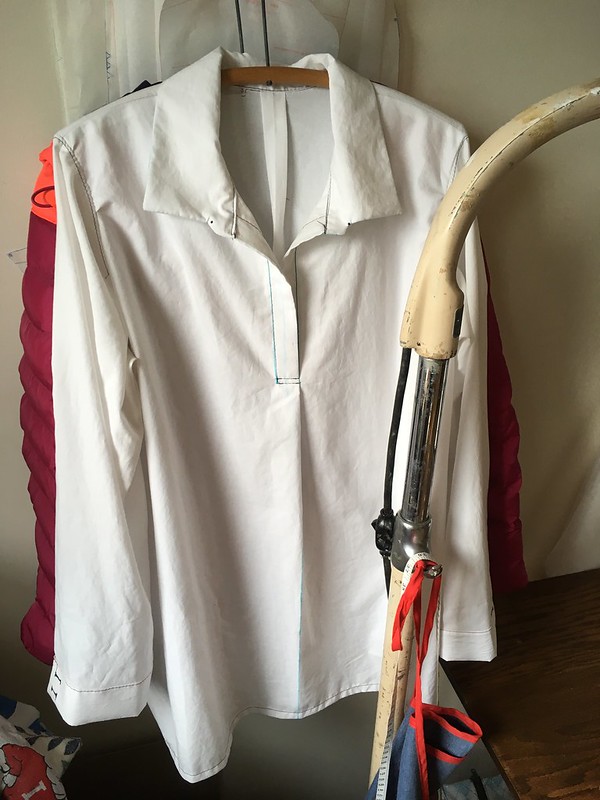 Simplicity 1696 (pants):  muslin is cut out.  I think muslins are very valuable, but I really hate doing them, so I’ve been procrastinating on this FOREVER.  I procrastinated on this one even longer than the Gallery Tunic, but it’s finally cut out so that I can procrastinate on sewing it. 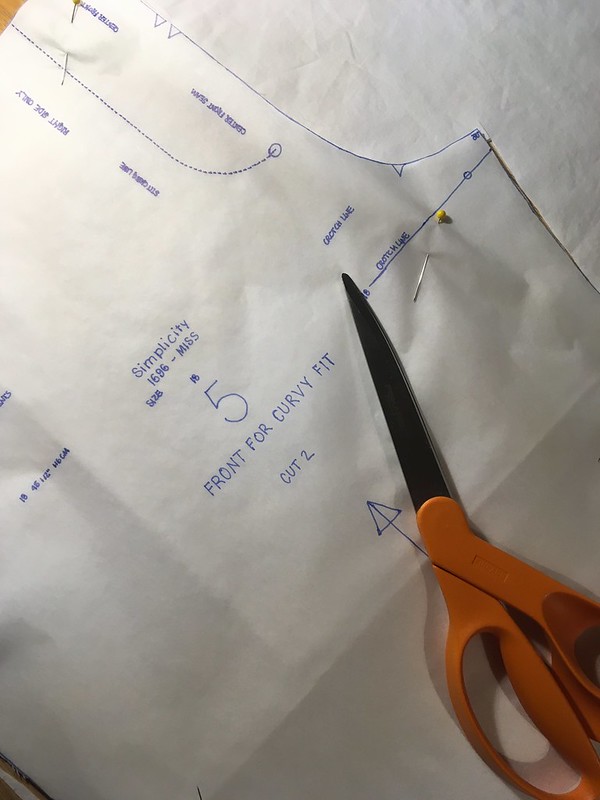 Simplicity 8014 (dress): cut out.  I cut this one from another Robert Kaufman Mammoth Plaid, and I’m attempting to underline it with Bemberg Rayon so it won’t catch on the leggings I plan to wear underneath my cozy, cozy dress.  This has a ton of pieces, especially when adding an underlining, and I was squeezing it out of the end of the bolt, so I’m really hoping the plaid matching turns out ok.  I was pretty nervous cutting it out–I had to give myself lots of pep talks.  😉 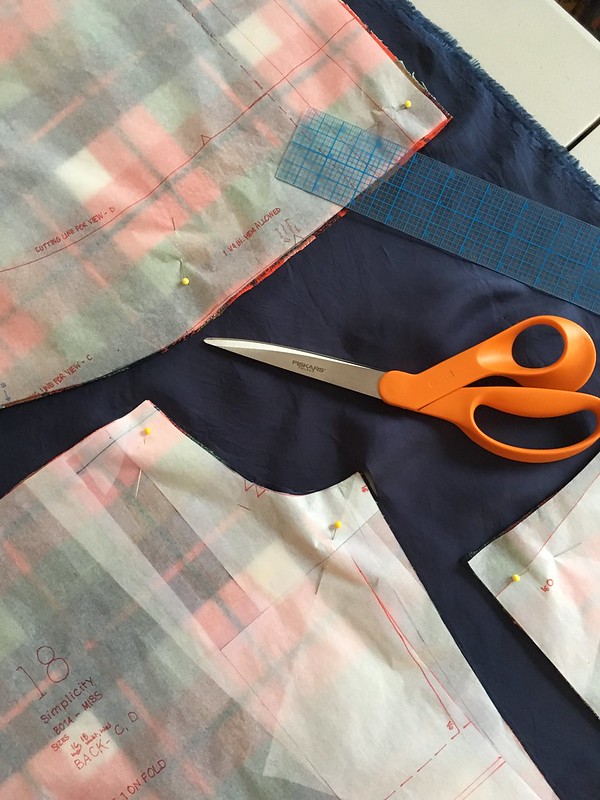 And lastly, Jutland Pants:  cut out in gray canvas.  When I realized that the Jutland Pants I had made for my husband actually fit me, too, I decided I wanted a pair of my own.  I came late to the skinny jean party, but even after only a few years of wearing them, wearing straight leg pants like these is heaven!  I want to try the cargo pattern, but with patch pockets on the front and no side cargo pockets.  I’m still not sure about the knee patches, but I think the back pockets may need some fun customization. 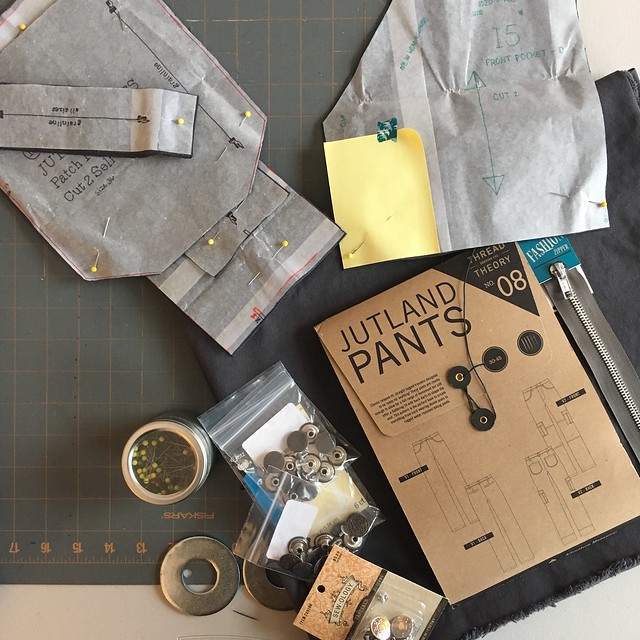 So that’s where I’m at in the challenge!  It’s pretty fun so far.  I made sure to only include things I really wanted to make and wear.  This gives me a little extra push to get through the hard stuff, like muslins and such.  I’ve also gotten fast enough that I can do other little projects (yet to be blogged) in between, so it’s both fun and flexible.  What about you?  Have you decided to come up with your own 2017 Make Nine?