Wow!  This pattern was a crazy one. 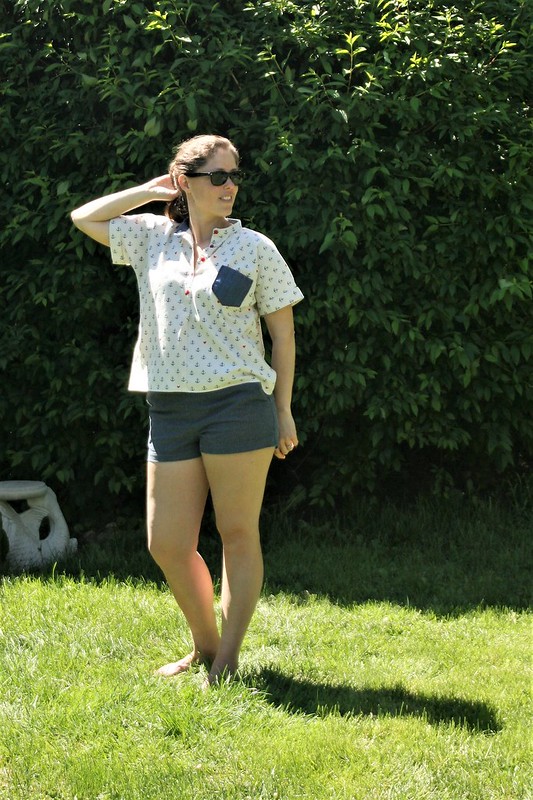 I got Butterick 4259 for Christmas from my family.  I fell in love with the shape and style of the pattern and–let’s be honest–the cover art.  This is a vintage pattern with “Young Designer Kenzo” printed on the front.  I’ve never tried one of the vintage designer patterns, so this seemed like a good start, since it didn’t look too complicated. 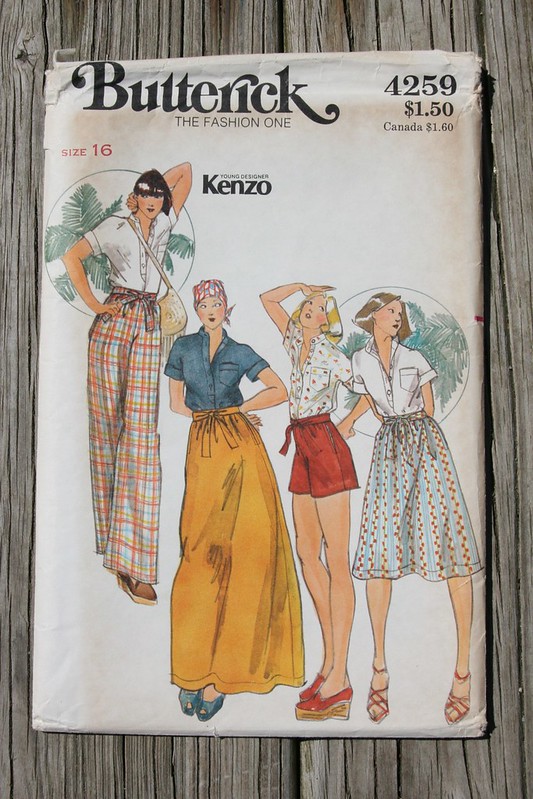 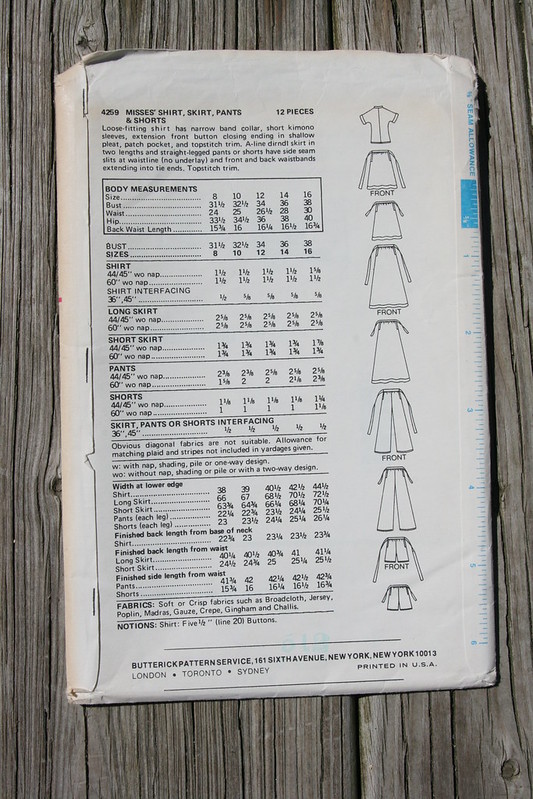 Well, the shape wasn’t, but…let’s just say I would love to hear the story of how this pattern was produced.  I made a muslin, just to be safe, even though I thought the shirt would fit, although I planned to widen the waist and hips.  I’m so glad I made that muslin because I ran into a significant problem:  the collar was drafted to fit the shirt before the front plackets were folded in.  So, I either had to shrink the collar to a size that would be too tight or expand the shirt. 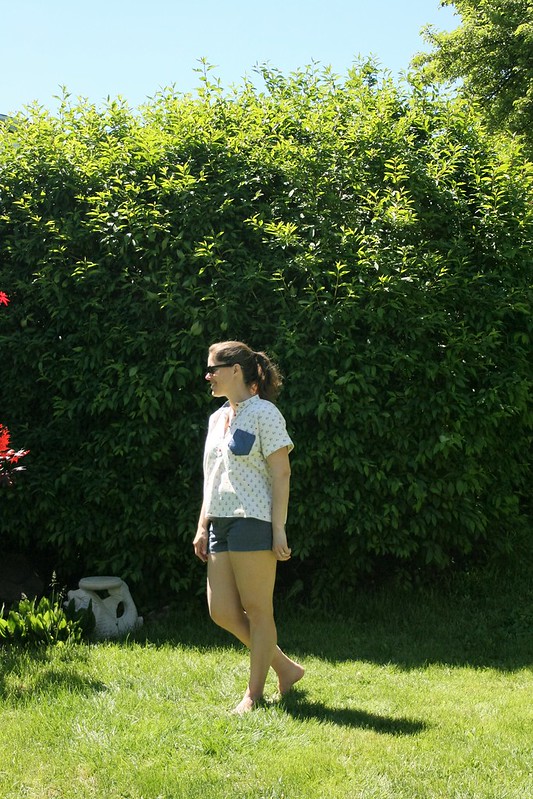 The main pattern pieces were really interesting, too.  Rather than a front and a back piece, there was a right side piece that was the front and the back and a left side piece that was along the same lines.  The picture below doesn’t show the whole piece, but hopefully it give you an idea.  The curve on the right is the neckline and the curve on the left is the sleeve.  The piece is about twice as long as what you see here. 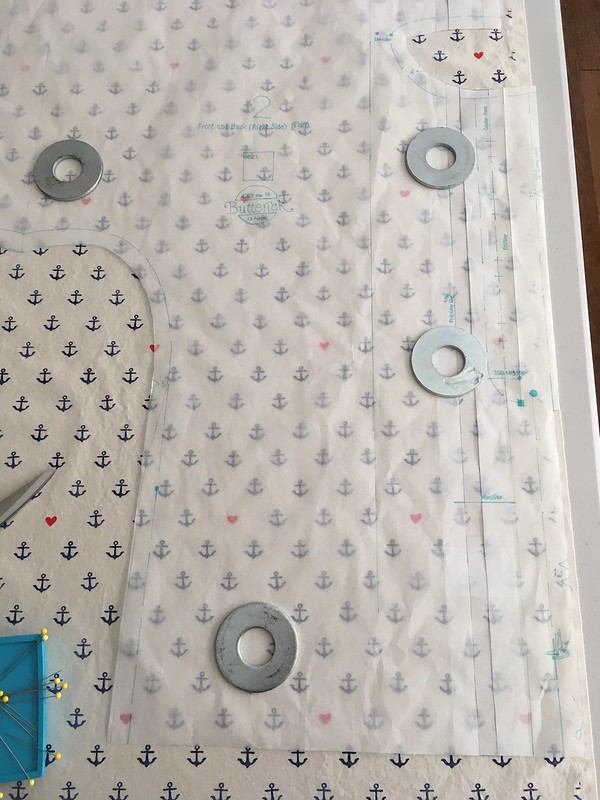 As far as the fit of the shirt, I decided I liked the size of the collar, so I cut down the length of the right and left side pattern pieces and spread them apart to add the necessary amount of length at the collar, which also widened the shirt.  (You can see this above.)  Then I removed the extra width I had added at the waist and hips.  This worked well, making the shirt and the collar compatible.  I was lucky enough to be able to consult my friend’s mother, who was a professional seamstress for years, and she also advised me to lower the collar in the front by a quarter inch to bring it down from my neck and closer to my collar bone.  She also thought this would help with the problem of the shirt pulling to the back, and it largely did, but you can still see that the back hem hangs lower than the front, which I don’t think is an intentional design element.  The shirt itself has a number of weird drag lines that I don’t love but in the end, we sort of just declared it good enough. 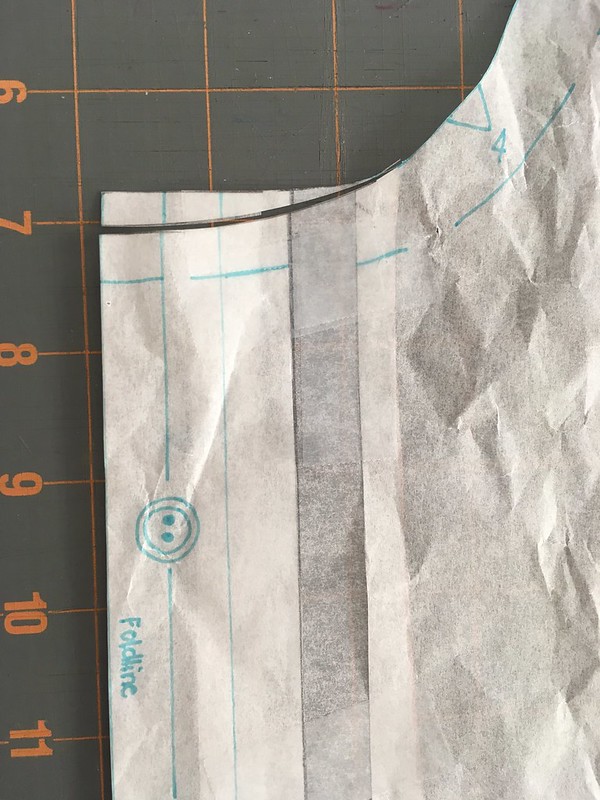 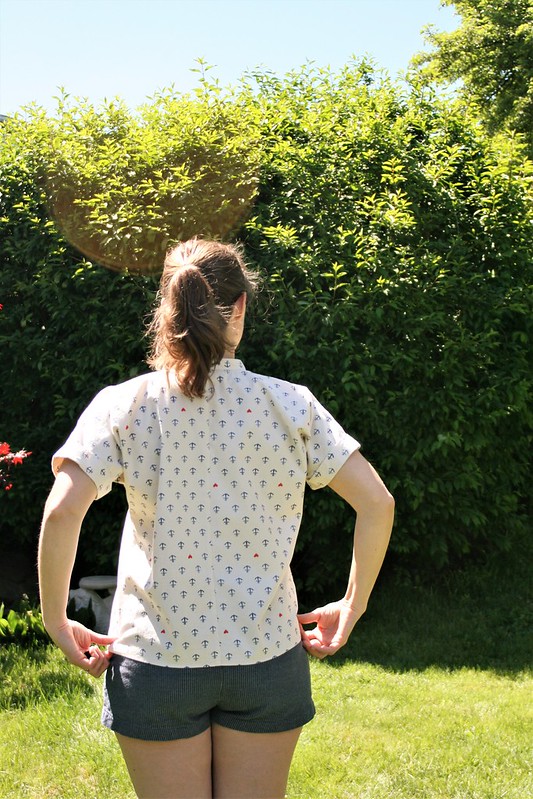 I ran into problems with the directions as well.  The way that the front interfacing is supposed to be applied seemed wrong, resulting in interfacing that would be visible inside when it was easy to enclose it, so I used my common sense to enclose the interfacing on the plackets. 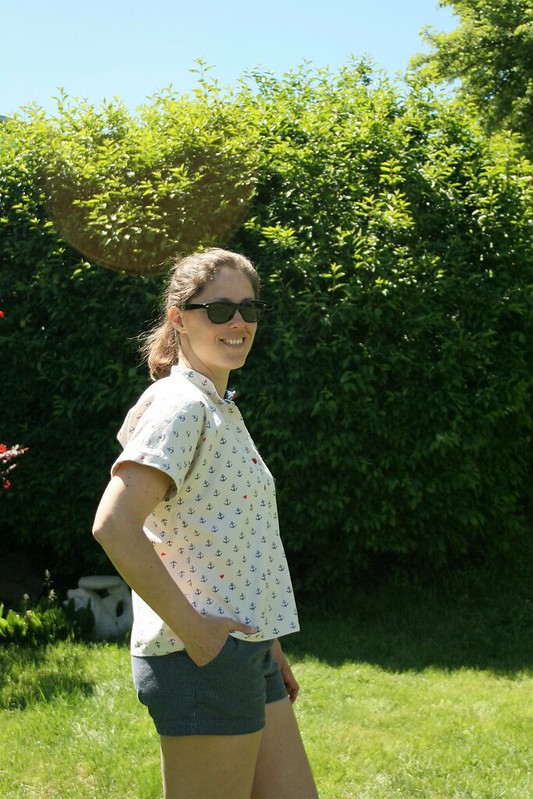 I feel like, fitting-wise, this pattern is a bit tortured.  I would be interested to see it in a drapier fabric, but it really felt like a pattern that wasn’t tested or edited well.  I don’t usually run into that in the Big Four patterns that I sew with, so, like I said, I’m really curious about what the process was to get this particular pattern produced.  Maybe when my sewing skills are at a higher level, I’ll revisit it and work on the collar and sleeve areas to see if I can get rid of some of those drag lines.  The pattern in its current state doesn’t make the grade as my summer dream shirt, but it has potential. 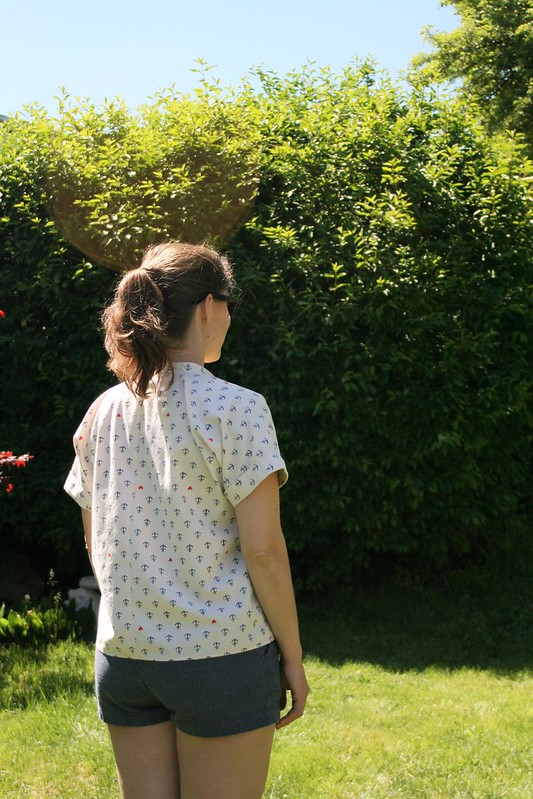 In case you are curious about my final version, I used “You’re my Anchor Natural” in the Bluebird line from Cotton + Steel (purchased here) as well as vintage buttons and some of the Art Gallery lightweight denim for the pocket and inside collar stand. 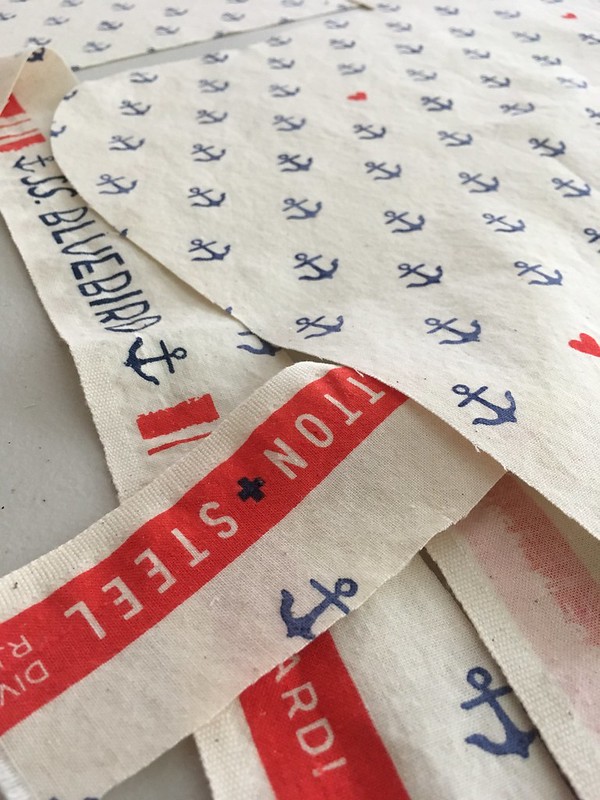 The denim was left over from these shorts.  I’m not entirely sure if I love the pocket, so I may take it off.  What would you do? 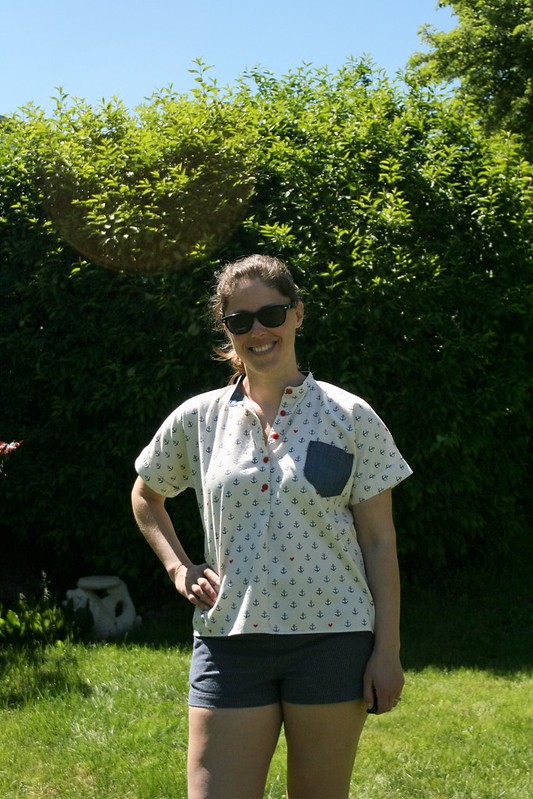 One great thing about finishing this project is that with it, I finish up my 2017 Make Nine!  Yes!  This was my last one!  All the others were blogged with the exception of the Liesl + Co. Gallery Tunic since that was not for me (it was for my Mom, one of the few people I’m willing to consider sewing for other than myself–and that’s rare).

So, what’s next?  I’d really like to try to find some dress styles that I like, I have a few bathing suits I’d like to attempt (although I’ve shelved those for the moment to focus on the dress sewing), and who knows what else?  I have tons and tons of things I would love to try making, but sometimes that can be counter-productive (a.k.a. overwhelming–I want to SEW ALL THE THINGS!!!).  Maybe I need a new Make Nine just to keep me semi-focused.  😉

And in case you want to look it over, I reviewed this pattern over on PatternReview.  🙂