I’ve been thinking about adding some jackets and cardigans to my wardrobe, and Simplicity 8172 is a great summer version of that idea.  Layers can add a lot of fun to an outfit as well as giving you numerous mix and match options.  Living in New England, where summer evenings can get cool, this pattern made sense. 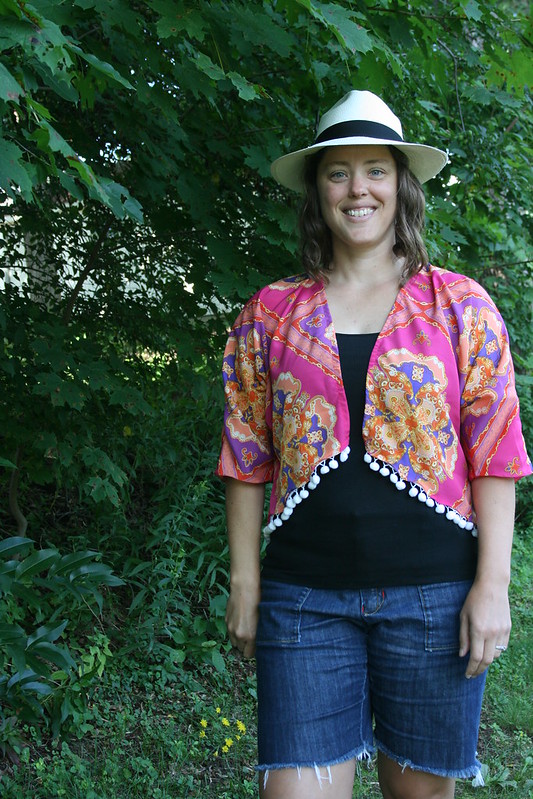 I started out with View A, the shortest and boxiest view.  I wanted to see if I liked it or if I would want a longer version.  I had leftover polyester crepe de chine from the Megan Nielsen Eucalypt Tank I made last year, and I hoped I could squeeze this jacket out of it.  The fabric came from Hobby Lobby’s clearance section a few years ago, so it was inexpensive and perfect for testing out this pattern. 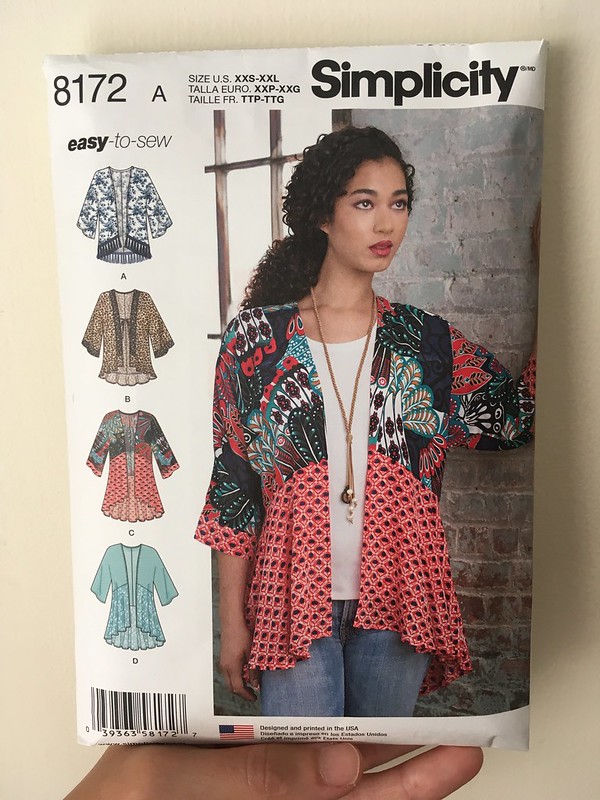 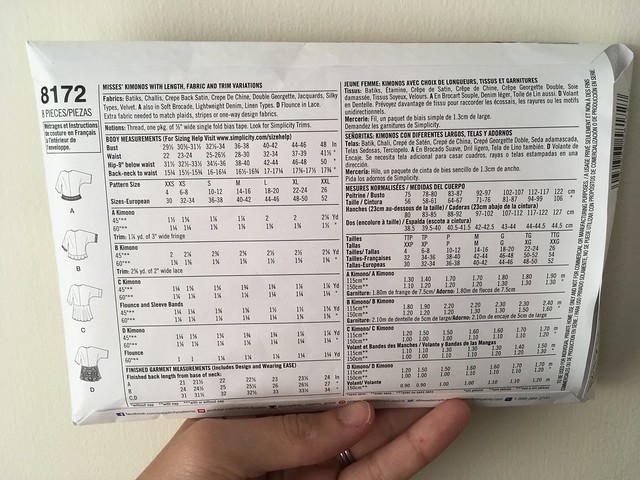 It was pretty tricky, but I managed to get the pieces cut out of what was left, although there was no chance of any sort of pattern matching.  The sewing itself was pretty easy.  It’s only two pattern pieces and three seams (shoulders and back). 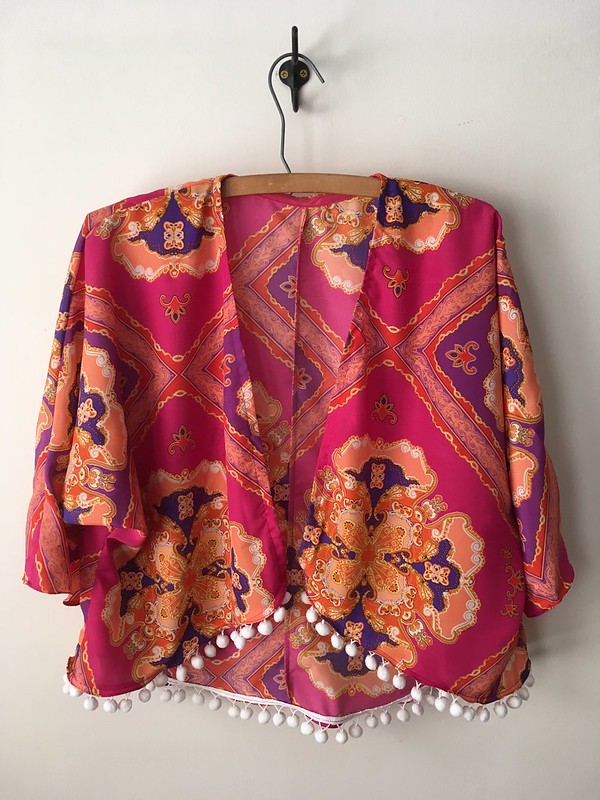 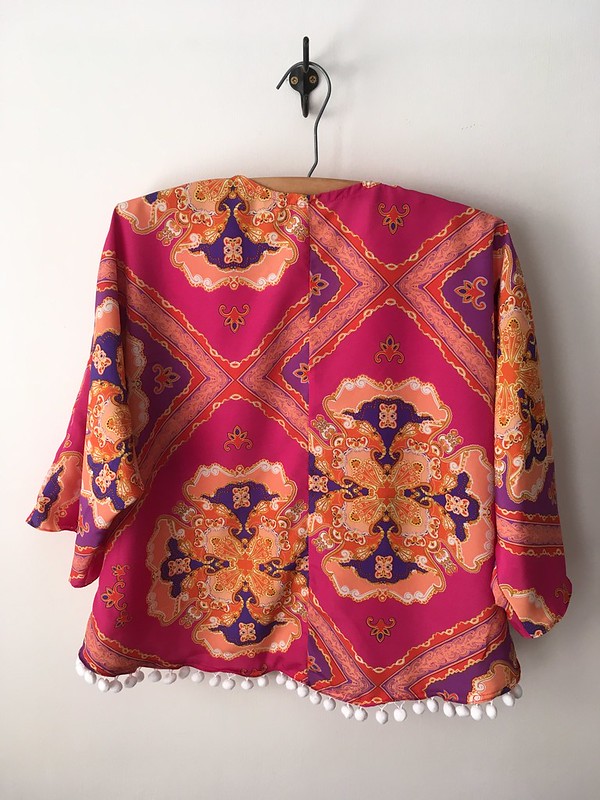 I used French seams to keep things neat inside.  Then you use bias tape around the front/neck opening and hem the sleeves and bottom. 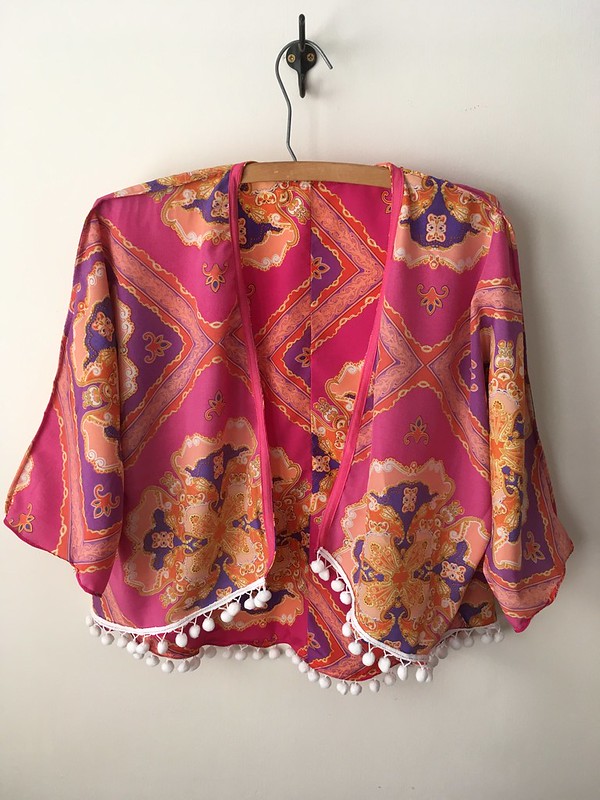 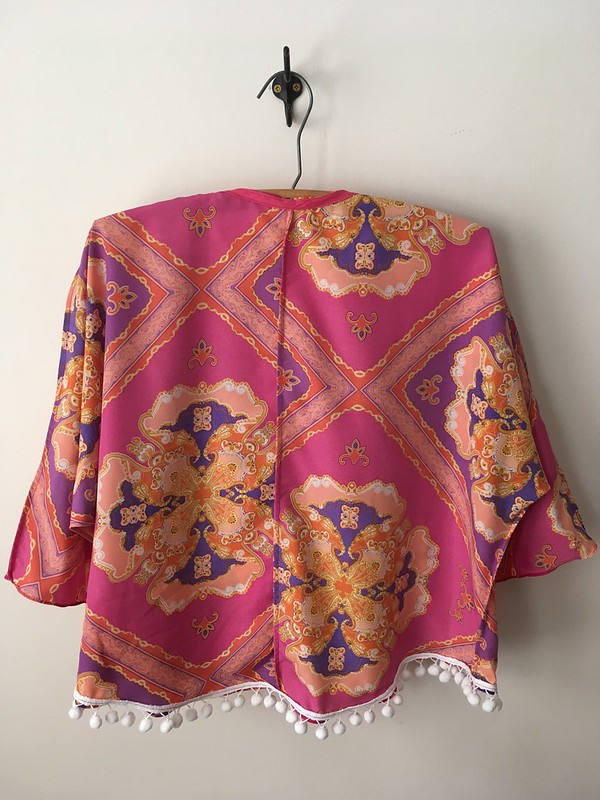 I took the opportunity to practice using my narrow hem foot with the instructions in my machine’s manual rather than the pattern instructions.  After that, you sew on the trim, and you’re done!  I thought about skipping the trim, but I’ve had this pom-pom trim in my stash for ages (maybe it’s from Joann’s?), and thought that adding it kicked the project up a notch.  Even if I gave it away, it would be fabulous for someone else. 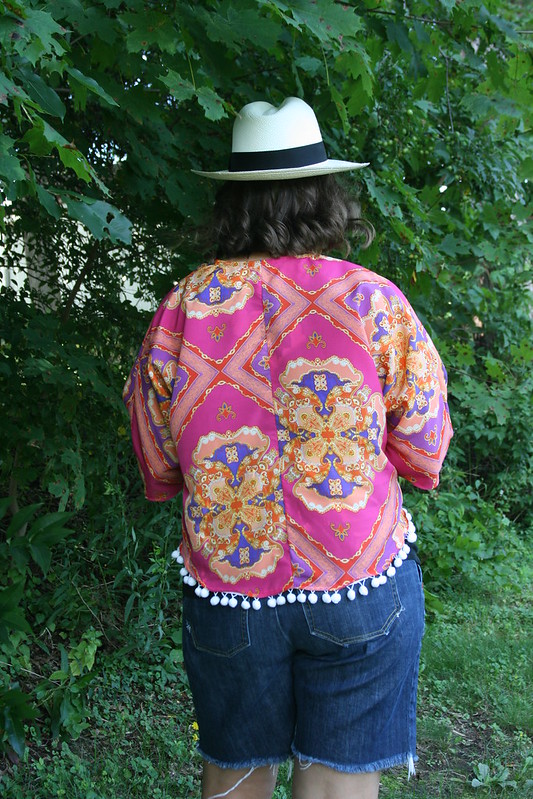 After finishing, I tried the jacket on, and…it was ok, but not awesome (although the pom-poms helped). 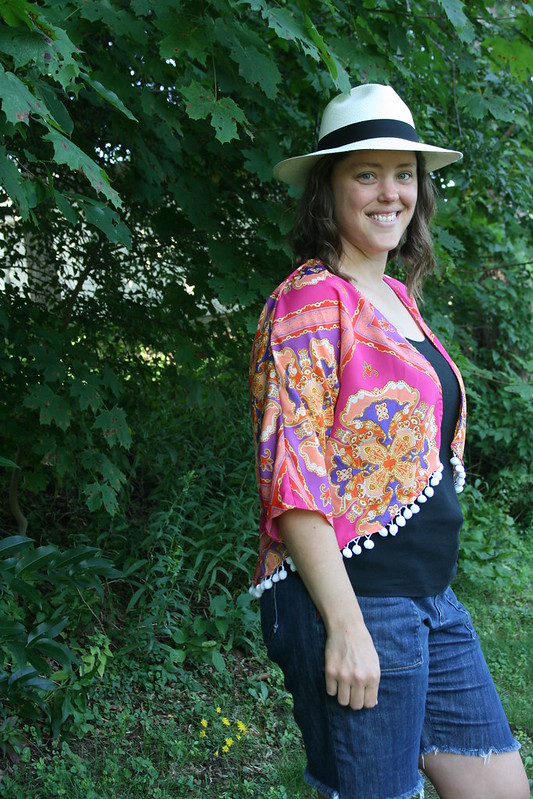 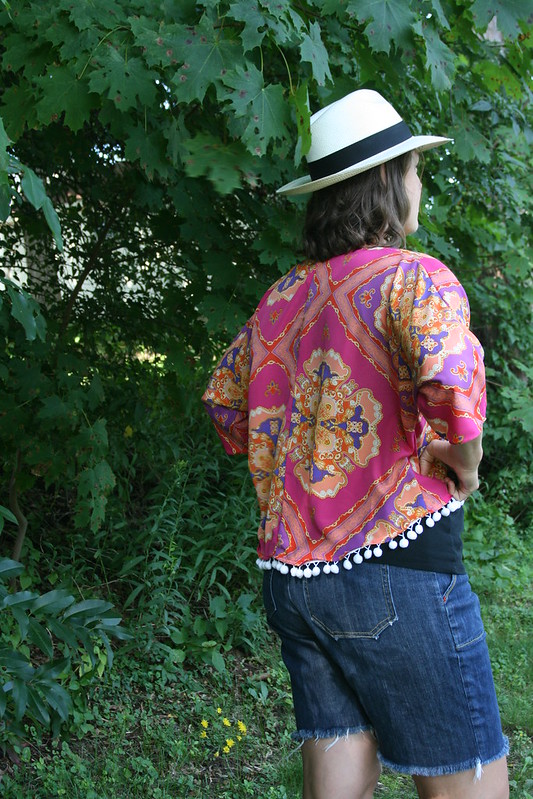 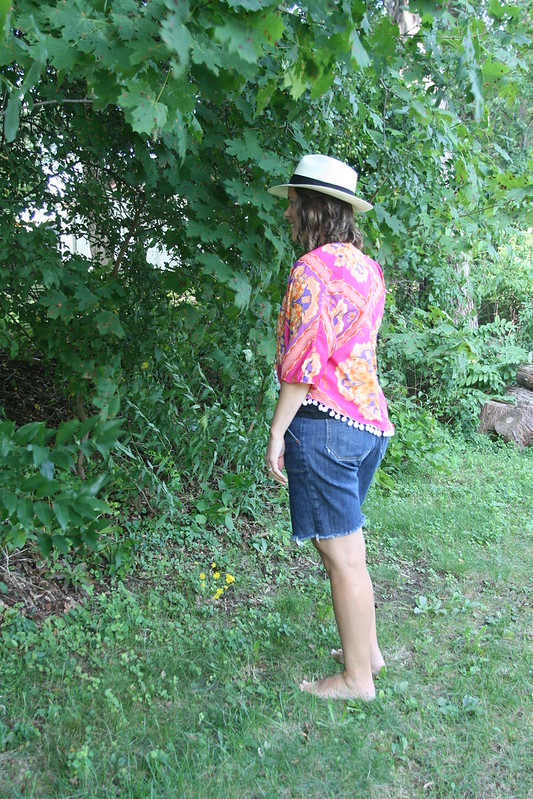 I don’t love where the bottom sits, but I still think it has potential, so I’d like to try View C.  I was talking it over with one of the librarians at our library when it came to me–if I find a coordinating fabric, I can trace out and cut the lower pieces and cuff and attach it to what I’ve already made, turning my View A into a shiny, new View C.  If you decide to try this pattern and view, I found that it did look better on my friend who was shorter than me (I’m 5′ 8.5″), so if you are shorter, it might be just right for you.

If a future version ends up being a winner, I think it could be great in a handkerchief linen.  Or what would it be like in ankara/wax print, crocheted lace, or a knit?  It definitely has potential.