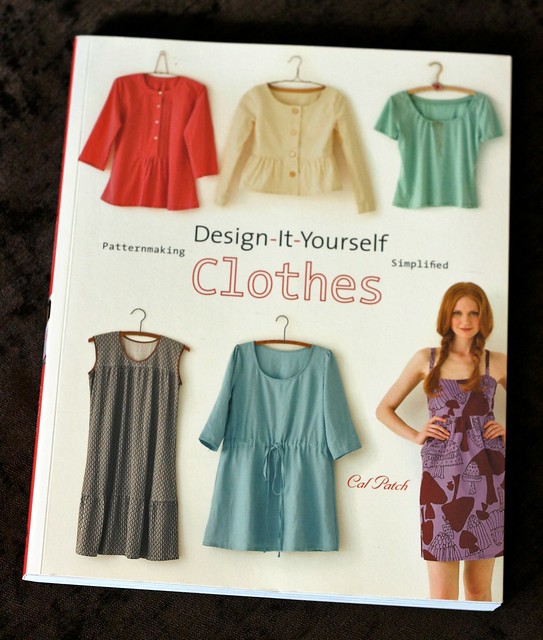 When I was growing up and had just enough sewing skills to be dangerous (read:  knotting up my mother’s machine and messing up projects that I then begged her to fix for me), I always wanted to sew without a pattern.  You hear stories about people who can do that (my great-grandmother, for one), but if you are a basic, everyday American sewer, you don’t see it a lot.  Any time I would sew from a commercial pattern, I would mess something up (actually, that still happens, but it’s happening less as I practice more).  Then I started to read the blogs of people who made their own patterns.  MAGIC!  How does this happen?!  That’s when I discovered Cal Patch’s book Design-It-Yourself Clothes:  Patternmaking Simplified.

This is a great beginner book for learning to draft patterns.  It completely changed the way I went into Anthropologie (just as an example).  Instead of lamenting the fact that I didn’t have an endless amount of money to buy whatever I wanted, I started to study silhouettes and shapes of clothing and think, “I could make that!”  (By the way, this is a really useful phrase if you want to buy a lot of stuff, but can’t.  If you COULD make it, you don’t have to buy it.  It doesn’t mean you ever WILL make it, but once you feel like you COULD, it gets you off the hook and you can walk AWAY from the leather leggings or the hot pink cuckoo clock–that WAS what you were after, right?)

When I finally decided to go through the book, I made a comment on Cal’s blog, and she e-mailed and told me about a few draft-alongs happening on other blogs.  A little accountability and someone else working through the glitches can really help when you are in new creative territory, so I followed along and did the projects.  It completely changed sewing for me.  Now the sun was starting to shine into the “black box” of patternmaking and I could begin to see how things worked.

Imagine my excitement, then, when I found that Cal had written a tutorial on how to draft your own leggings on the etsy blog about a year ago.  I found some clearance fabric at Joann Fabric, and gave it a try.  My first attempt was definitely off.  The back was low and I had a few extra inches of fabric, so I went back a few more times and kept working on it, until I got a pattern that I thought would work.  And finally…SUCCESS! 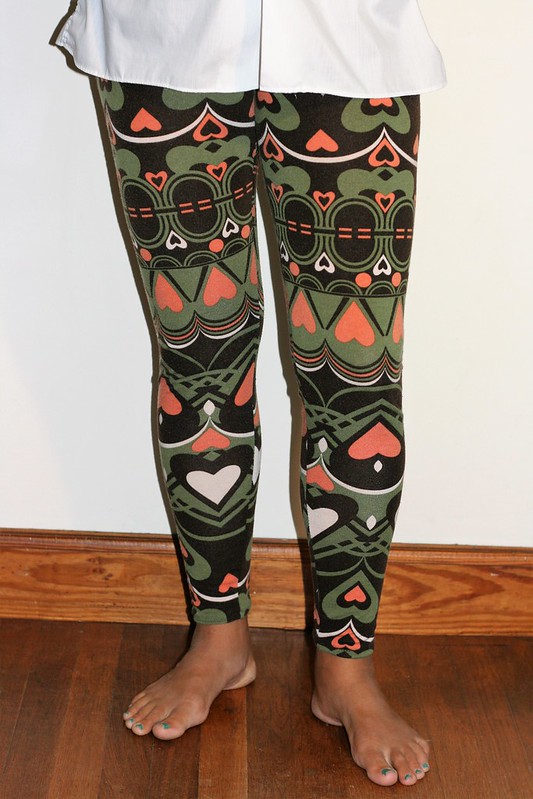 In order to get things just right, I went to a few other resources.  Because the drafting instructions are for beginners, they don’t have a lot of confusing information on fine-tuning, which is great.  However, if you need to fine-tune, you’ll have to look in a few other places.  My main sewing reference is Reader’s Digest Complete Guide to Sewing circa 1976/1978.  I found this used online for a couple of dollars.  I think I got the recommendation from Cal’s book.  I also bought the Spring 2013 issue of Threads magazine, which was a best of Threads issue specifically covering fitting.  In the end, after some chopping and taping, my pattern looked like this: 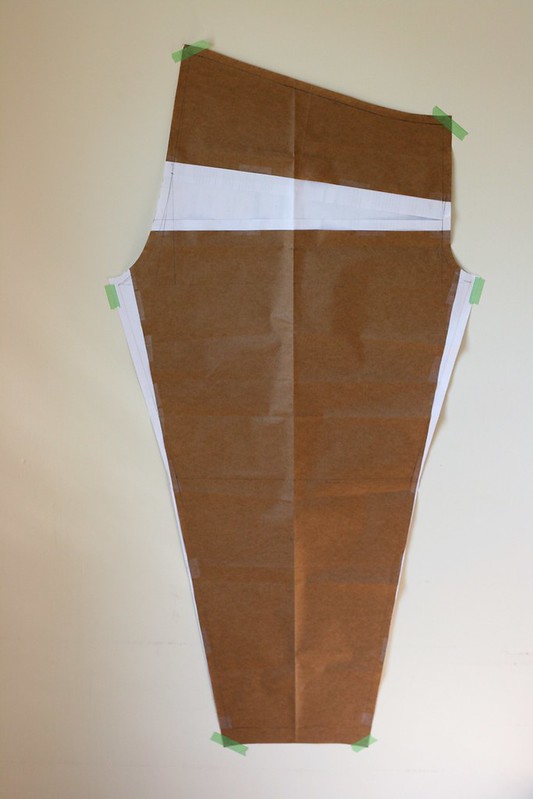 Once I was pretty sure I had it right, I recut my leggings and tried them on…and they fit!  It was so exciting! 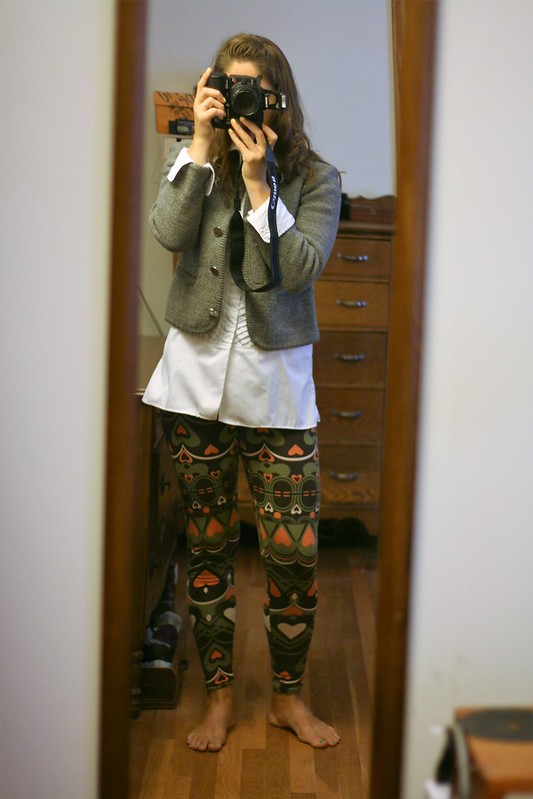 If you are interested in sewing and learning to make your own patterns, here are a few blogs with lots of exciting projects, some that you can try, and some that will inspire you:

This ought to get you started.  If you are feeling intimidated, you should know that at one time, these people didn’t know how to do this either.  If they can learn, you can, too!  If you run across any other amazing and interesting resources, let me know!