Well, that about says it all.  Either aliens really can and do take over our minds and bodies, or I just had a rare bout of unselfish sewing under my own power.  Hard to judge sometimes.  😉

Before we get into this, I will say that this little bit of unselfish sewing (plus a shirt I sewed for my daughter AND pants for my husband…yes–MORE THAN ONE UNSELFISH PROJECT!) got me thinking.  Why do I make most of my clothing for myself?  Well, besides the fact that it’s fun and I like clothes, there is the reality that when you sew for someone else (or make anything for someone else), you have to work in a different way.  If I’m making a garment for myself and I make a mistake, I can decide if I care enough to fix it.  Sometimes I do, often I don’t.  I prefer to finish things over having them remain a perfect but unfinished project forever.  Making something for someone else (especially if there is money involved) means I have to work to a different standard.  I still have to finish the project AND it has to be at a higher level.  If picky people are involved, it goes to a whole new level, which is why I try to avoid sewing for those who are hard to please.  Even when sewing for someone who is not super picky, if the fit is off or they weren’t honest about what they really wanted, all your hard work ends up in a closet.

I guess it depends on who you are making it for and what they care about in a garment.  Luckily, in this case, my husband has seen enough of what goes into a garment and what it takes to finish it, that he isn’t going to get crazy about the details, but I’ve also been married to him long enough to know that it has to be finished to a certain level of wearability for it to be a true success.  But then, I guess that’s the case even when sewing for myself…

In the garment I’m going to show you, there are some mistakes, but I think my husband, being the awesome encourager that he is and actually wanting a finished garment, went with “imperfectly finished is better than perfectly unfinished forever”.

Let’s talk about the Strathcona Henley by Thread Theory! 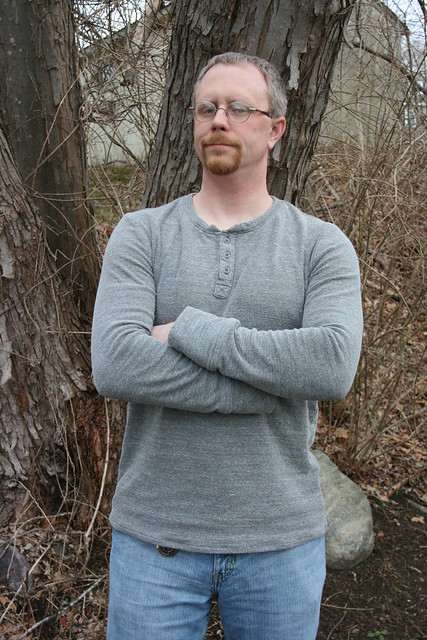 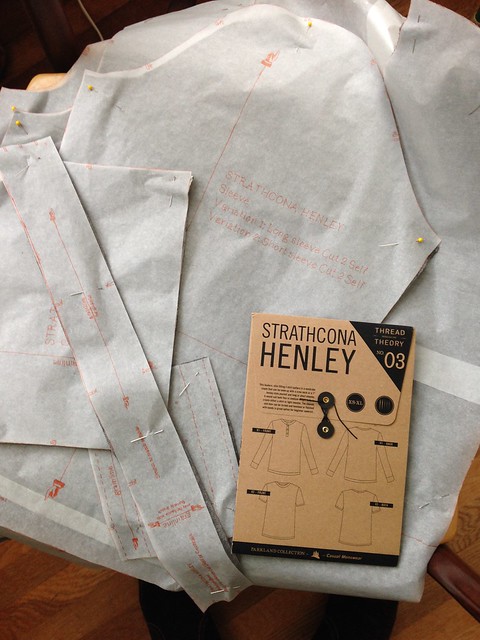 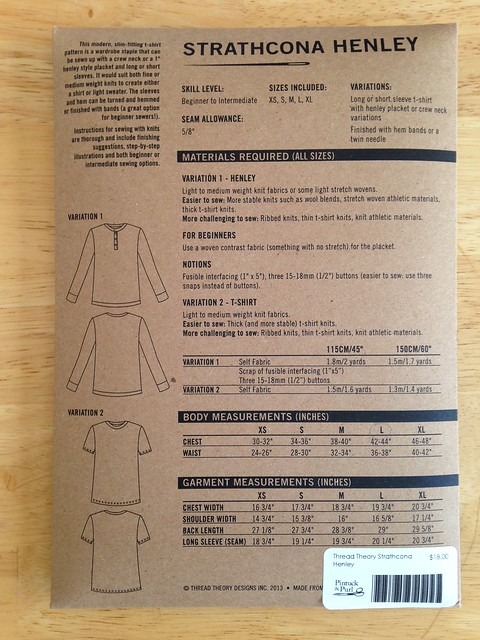 I LOVE Henleys for both men and women.  A Henley, as I understand it, is sort of like a t-shirt, but with a partial button placket down the front.  This type of shirt is made from a knit and has a certain “woodsman” vibe.  Thread Theory really has that vibe down, making it possible for me to make L.L. Bean style clothes to my own preferences.  Also, these guys get a gold star for coolest packaging ever, even including a Thread Theory tag so you can sew it into your finished projects. 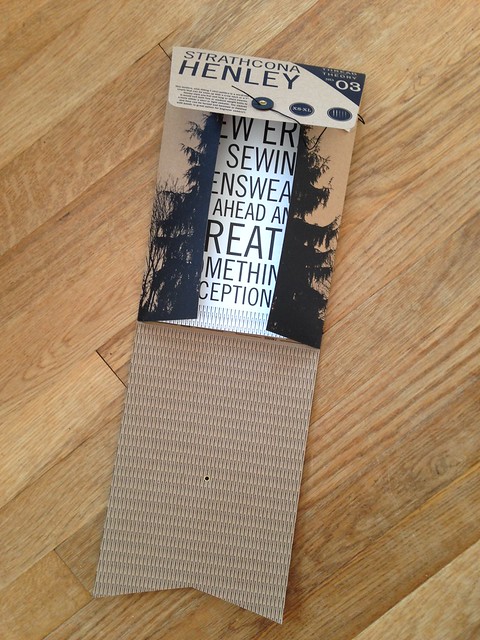 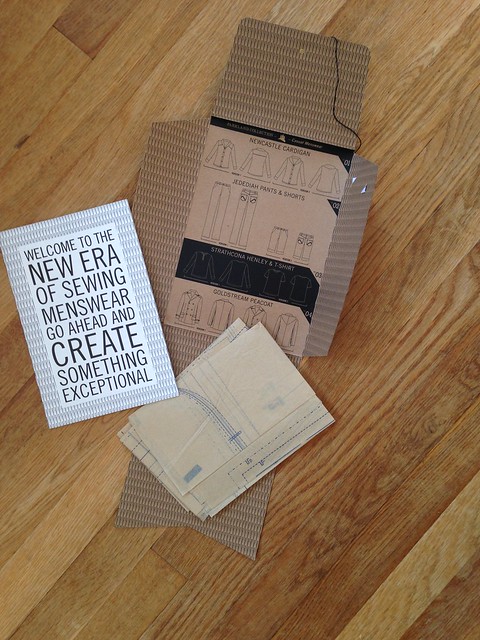 This year my one Black Friday purchase was a cool, double layer knit fabric from Cali Fabrics.  The outside is a grey rib knit and the inside is a soft off-white jersey.  The two layers are tacked together every so often making them work as one.  (I don’t see it on their site anymore, so I’m guessing it’s sold out.)  The garment pattern came from Pintuck & Purl in Exeter, NH.

I made Scott Variation 1 of the Strathcona Henley.  His measurements put him at a size Large, but since this is designed to be slim-fitting and he likes more ease in his clothing, I sized up to an extra-large.

I’ve never sewn a Henley before, so I was hoping this wouldn’t be too tricky.  There is a lot of helpful information in the pattern booklet, including width and length suggestions for your zig-zag stitch.  I ended up using a height of 2.5 and a length of 1 with a jersey needle and a walking foot on a standard sewing machine.  I found the button placket a little bit tricky (and frustrating) to do.  Since I’ve never done this type of thing before, I chalk that up to my own inexperience.  Perseverance paid off in the end, though.  If you make this yourself, you should definitely hand-baste the placket in place as suggested.  Just hand-baste everything! 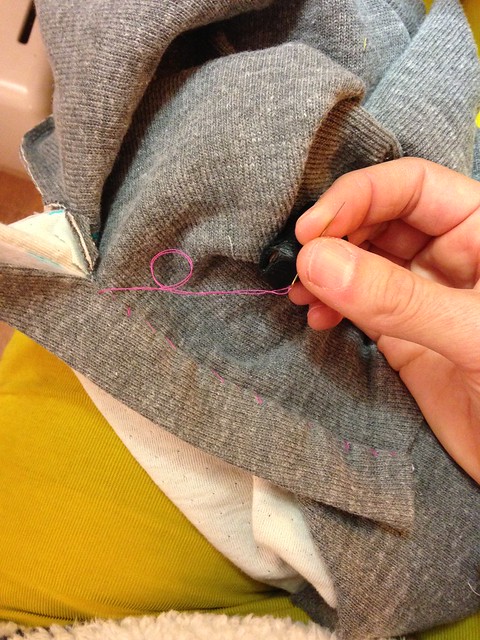 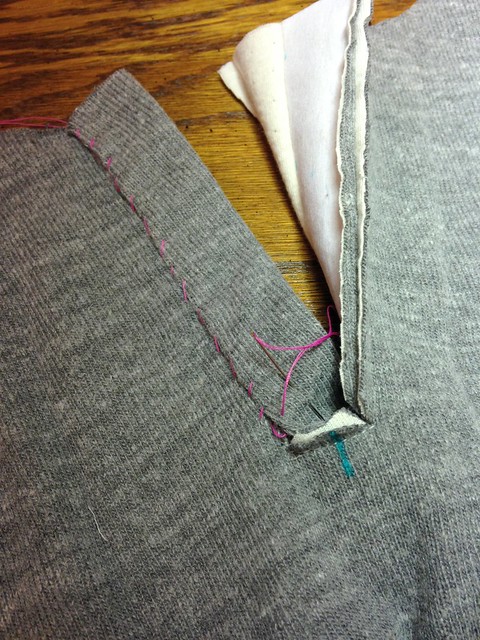 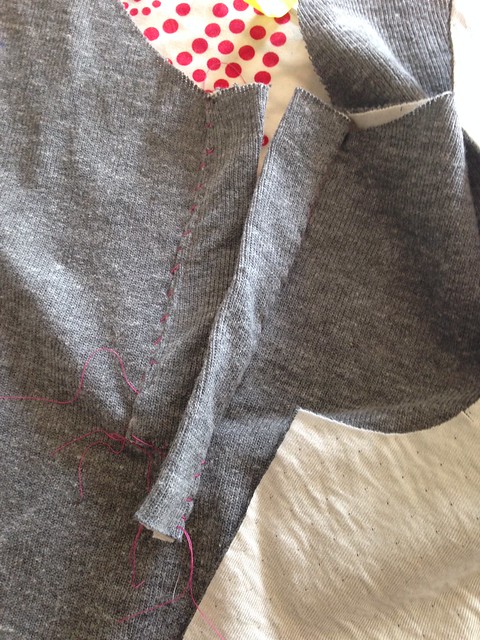 The square at the bottom of my placket came out crooked, but that was one of those mistakes that you look at and move on.  My husband actually didn’t notice it until I mentioned it.  (Oops!)  I also think that my fabric, which was bulkier than a single layer would be, made things more difficult.  If I make a billion of these, I’ll have to report back on if this gets easier.  If you haven’t done this before, don’t be put off.  If I can do it, so can you!  You can’t expect your first time going through a technique to be perfect.  If it turns out perfect, great, but expect it to be imperfect.  You’re learning. 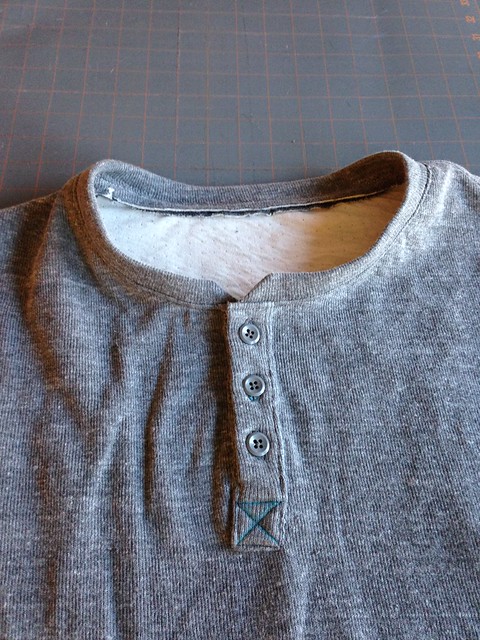 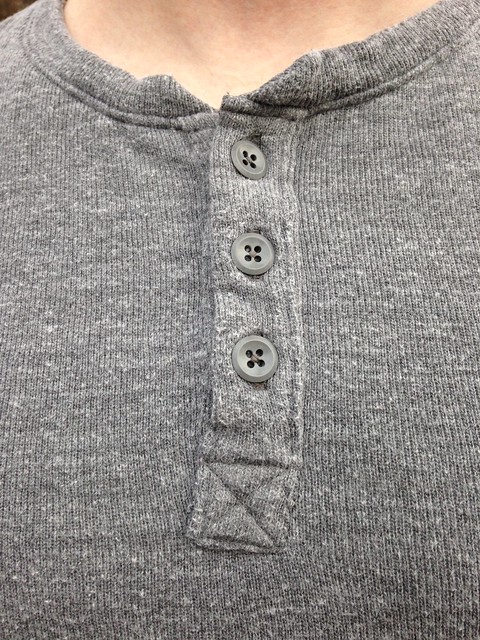 One really great thing about Thread Theory is that they have a lot of tutorials and sew-alongs online.  Morgan, one of the owners, is also very willing to answer questions.  I didn’t email her about this project, but I did about another pattern (still to be blogged), and she was really helpful.

Final analysis:  I like this pattern, and it looks GOOD on my husband!  You may not be able to tell from the pictures, since he rarely smiles in pictures, but he really likes it, too, and has worn it a lot.  😀  I LOVE how it turned out.  I’ve even thought of adapting it to fit me, but that is for another sewing season.  Cold weather sewing ended for me on Wednesday when I finished my last winter project. 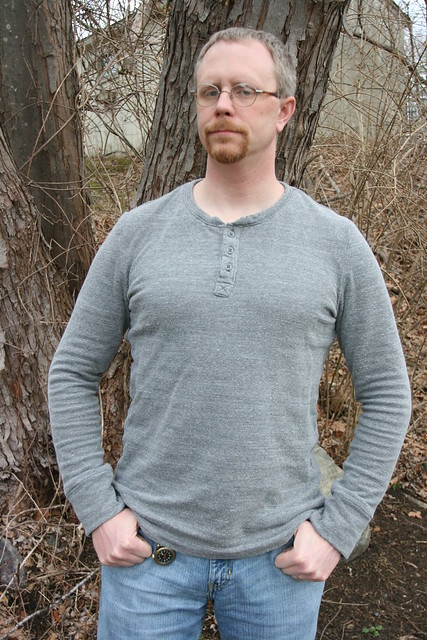 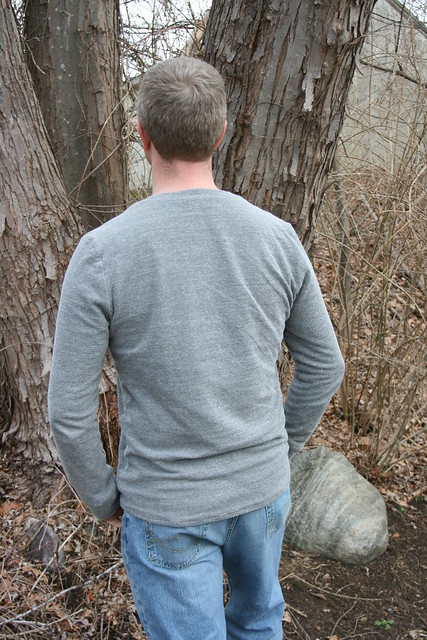 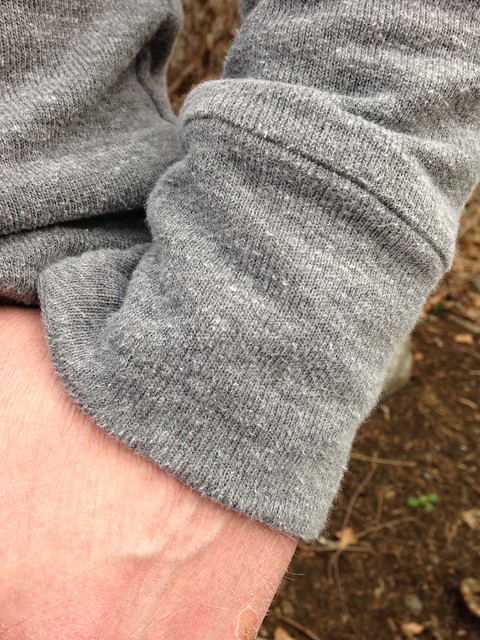 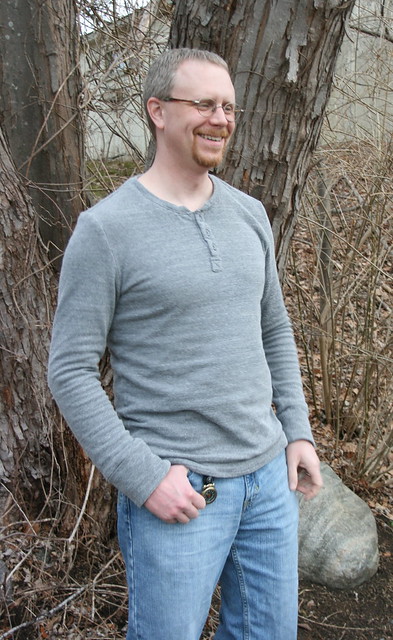 And now for this week’s recommendations!  (Maybe “recommendations” can be my working title.  I still want a better title.  Suggestions?)